Donation from South Korea to Assist VA with COVID-19 Efforts

On Tuesday, Stan Shin, a Vice President at PFS, had the privilege of being part of a momentous occasion. The Korean government’s generous donation and delivery of 500,000 protective masks (KF94) to the VA—especially for American Veterans of the Korean War—was gratefully accepted by Department of Veterans Affairs (VA). Stan was instrumental in coordination for the Veterans Health Administration (VHA) Procurement and Logistics Office (P&LO) for the receipt and transfer of the masks from the South Korean aircraft at Andrews Air Force Base to American trucks bound for VHA for distribution. This very meaningful, high-profile event was attended by Korean Major General Se Woo Pyo, Defense Attache to the United States; Karen Brazell, Assistant Secretary for VA’s Office of Enterprise Integration, John “Wolf” Wagner, Principal Deputy Assistant Secretary of VA’s Office of Public and Intergovernmental Affairs, and William Hudson, Jr., VA’s Acting General Counsel.

According to Stan, this was a “no-fail” mission, which the team executed seamlessly. In addition to helping coordinate all logistical details for the transfer, Stan had the privilege of acting as a liaison between representatives from the South Korean government and VHA. Also, as a naturalized US citizen born in Korea who also served there for 6 years in the US Army, it was Stan’s pleasure and honor to converse in Korean with South Korean government personnel on site.

“Although I was only doing my job, it really didn’t feel like work. It was a very special day and I was honored to be a part of it. The opportunity to serve as a conduit for international communications allowed me to develop relationships with representatives from the South Korean government. That was very special.” 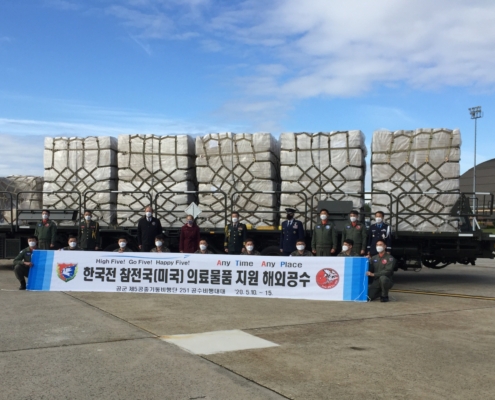 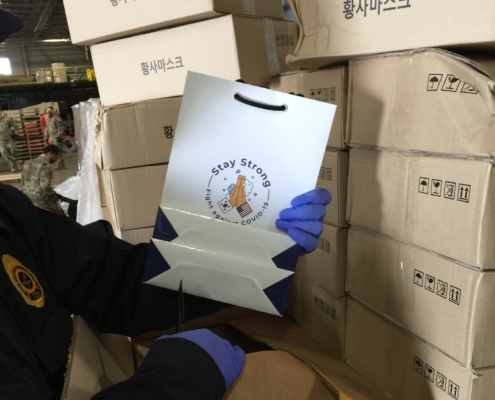 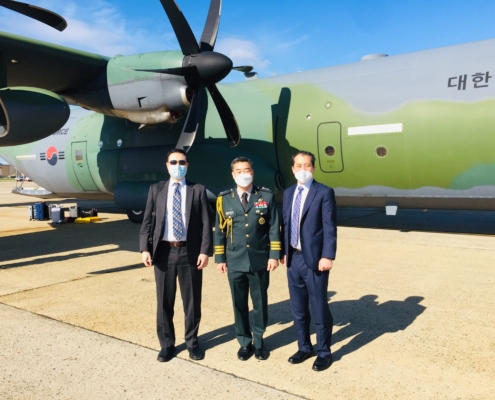 PFS and Atlas Win $1B Contract
Scroll to top

This site uses cookies. By continuing to browse the site, you are agreeing to our use of cookies.

We may request cookies to be set on your device. We use cookies to let us know when you visit our websites, how you interact with us, to enrich your user experience, and to customize your relationship with our website.

Click on the different category headings to find out more. You can also change some of your preferences. Note that blocking some types of cookies may impact your experience on our websites and the services we are able to offer.

These cookies are strictly necessary to provide you with services available through our website and to use some of its features.

Because these cookies are strictly necessary to deliver the website, refuseing them will have impact how our site functions. You always can block or delete cookies by changing your browser settings and force blocking all cookies on this website. But this will always prompt you to accept/refuse cookies when revisiting our site.

We fully respect if you want to refuse cookies but to avoid asking you again and again kindly allow us to store a cookie for that. You are free to opt out any time or opt in for other cookies to get a better experience. If you refuse cookies we will remove all set cookies in our domain.

We provide you with a list of stored cookies on your computer in our domain so you can check what we stored. Due to security reasons we are not able to show or modify cookies from other domains. You can check these in your browser security settings.

These cookies collect information that is used either in aggregate form to help us understand how our website is being used or how effective our marketing campaigns are, or to help us customize our website and application for you in order to enhance your experience.

If you do not want that we track your visist to our site you can disable tracking in your browser here:

We also use different external services like Google Webfonts, Google Maps, and external Video providers. Since these providers may collect personal data like your IP address we allow you to block them here. Please be aware that this might heavily reduce the functionality and appearance of our site. Changes will take effect once you reload the page.