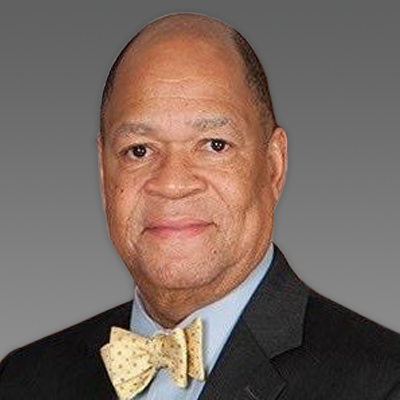 John “Skip” F. Williams, MD, EdD, MPH, FCCM, was the 16th President of the University of New York (SUNY) Downstate Health Sciences University, a position he held from 2012 to 2016. He also was Professor of Anesthesiology, Critical Care Medicine, and Public Health at Downstate.

As president of Downstate, Dr. Williams has promoted collaboration and a multidisciplinary focus across the academic and clinical disciplines as he has guided the University through a period of significant financial challenges; developed an innovative healthcare delivery system model for Brooklyn; transformed the clinical operation to align with population health management and federal and state reform initiatives; advanced Downstate’s role as Brooklyn’s hub of health education, biomedical research, and clinical care; engaged Downstate in long-term planning to develop new models of integrated, value based, and patient-centered care; established programs and policies to improve infrastructure and drive sustainability; and launched forward-looking initiatives to ensure responsible stewardship of Downstate’s resources.

Raised in Crown Heights, NY, Dr. Williams went on to earn a Bachelor of Arts from Boston University in 1970, a Master of Science from The London School of Economics and Political Science in 1973, a Masters of Public Health from Yale University in 1975, and Doctorate of Medicine (1970) and Education (1996) from George Washington University.

Dr. Williams is currently a member of the Board of Governors for the Greater New York Hospital Association. President George W. Bush, and three subsequent Secretaries of Homeland Security, appointed Dr. Williams to the Homeland Security Advisory Council of the United States. He was appointed by Thomas Ridge, former Secretary of Homeland Security, to the Emergency Response Senior Advisory Committee of the Department of Homeland Security, and he was appointed by President George W. Bush to the Emergency Services, Law Enforcement, and Public Health and Hospitals Senior Advisory Committee. He was also appointed, by the Mayor of the District of Columbia to the Domestic Preparedness Task Force for the metropolitan Washington area, and he was a member of the Health and Medical Subcommittees of this Task Force. He has also served as a Director of Universal Health Services, Inc., and as a member of the Advisory Board at Atlas Research, the National Advisory Committee of the Robert Wood Johnson Clinical Scholars Program, the American Public Health Association, the American Medical Association, the New York Academy of Sciences, the American Society of Anesthesiologists, and the Society of Critical Care Medicine. Dr. Williams was also a member of the board and active volunteer for Washington, DC based Food & Friends.

His honors include the Order of Vasco Nunez de Balboa from the Republic of Panama for his efforts to create the International Center for Tropical Disease and Genomic Studies, a commendation from The United States Public Health Service Commissioned Officers Foundation for his life-long commitment to health in the United States, a commendation from the students of George Washington University for his dedication to the students, a medal from the Academy of Traditional Chinese Medicine for his contributions to the health of the people of China, a Certificate of Appreciation and Plaque from the Shanghai Second Medical University for his dedication and support, a flag of the United States of America from Congressman Edward J. Markey for his outstanding contributions to the improvement of the health of the nation, a Distinguished Alumni Award from Boston University for his outstanding contributions to his community and profession, the People’s Medal from the Peoples Republic of China for his medical contributions to the people of China, the Outstanding Clinical Teacher of the Year award from the American Medical Student Association, and a Distinguished Service Award from the Association of Yale Alumni in Public Health. In 2006 the American Diabetes Association honored him as Father of the Year.

Want more information about our services? Reach out, we’d love to chat.

This site uses cookies. By continuing to browse the site, you are agreeing to our use of cookies.

We may request cookies to be set on your device. We use cookies to let us know when you visit our websites, how you interact with us, to enrich your user experience, and to customize your relationship with our website.

Click on the different category headings to find out more. You can also change some of your preferences. Note that blocking some types of cookies may impact your experience on our websites and the services we are able to offer.

These cookies are strictly necessary to provide you with services available through our website and to use some of its features.

Because these cookies are strictly necessary to deliver the website, refuseing them will have impact how our site functions. You always can block or delete cookies by changing your browser settings and force blocking all cookies on this website. But this will always prompt you to accept/refuse cookies when revisiting our site.

We fully respect if you want to refuse cookies but to avoid asking you again and again kindly allow us to store a cookie for that. You are free to opt out any time or opt in for other cookies to get a better experience. If you refuse cookies we will remove all set cookies in our domain.

We provide you with a list of stored cookies on your computer in our domain so you can check what we stored. Due to security reasons we are not able to show or modify cookies from other domains. You can check these in your browser security settings.

These cookies collect information that is used either in aggregate form to help us understand how our website is being used or how effective our marketing campaigns are, or to help us customize our website and application for you in order to enhance your experience.

If you do not want that we track your visist to our site you can disable tracking in your browser here:

We also use different external services like Google Webfonts, Google Maps, and external Video providers. Since these providers may collect personal data like your IP address we allow you to block them here. Please be aware that this might heavily reduce the functionality and appearance of our site. Changes will take effect once you reload the page.